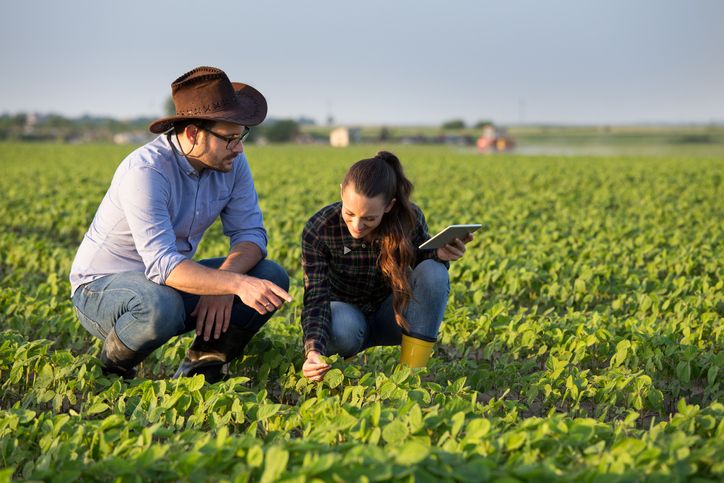 Article by Jack Ellis at AgFunderNews

The establishment of the new company follows FluroSat’s acquisition of Dagan in an all-stock transaction last month. Further financial details of the deal were not disclosed.

According to FluroSat founder and Regrow CEO Anastasia Volkova, the new business will effectively replace the FluroSat and Dagan brands from a consumer-facing perspective.

“Regrow will be one brand, and even more importantly, a single platform for systemizing and scaling agriculture practices, as well as measuring and verifying soil health and carbon outcomes,” she told AFN.

“The flagship products of both FluroSat and Dagan — such as OpTIS, DNDC, and agronomic tools developed by FluroSat prior to the transaction — will be rolled into Regrow and we will build on those to provide even more value to our current collective customer base as well as attract others throughout the industry.”

Volkova said she and her team had realized their customers across the supply chain were increasingly asking for a decision support tools to “uncomplicate” adoption of regenerative agriculture practices.

“We found the models and the tools that Dagan has developed to be the missing piece for our FluroSense platform,” she said, giving it the ability to provide end-to-end decision support to its customers not only on farm productivity but also “environmental co-benefits” such as carbon sequestration, reduction of nitrogen leaching, and water quality improvement.

New Hampshire-based Dagan stood out as an acquisition target because of its “scientific rigor,” the complementarity of its modeling and monitoring approaches to FluroSat’s, interest from the two firms’ common customers, and the “validation of their science and technology by players like ESMC [Ecosystem Services Market Consortium], Bayer, and General Mills,” Volkova added.

ESMC is a non-profit consortium of over 60 corporates, agricultural producers, and agrifood supply chain players working towards ways of incentivizing farmers to improve soil health.

“American’s farmers and ranchers are critical actors in stemming and combating climate change,” Debbie Reed, the consortium’s executive direcotr, said in a statement.

“Regrow is the first science-based system to integrate and apply the rigor and scalability needed for producers to achieve measurable, monetizable outcomes while also allowing flexibility in how they manage their operations.”

Tied in with its agronomy and precision ag services, Regrow will offer ‘measurement, reporting, and verification’ (MRV) to help growers, investors, and businesses across the agrifood value chain to assess sustainability goals and unlock new revenue streams linked to them.

Of particular interest to Regrow and its various stakeholders is the nascent market in carbon credits – though Volkova is well aware that the industry still has some way to go in terms of setting standards for measurement.

“As the industry works toward developing universal standards — which will take a while — we need to help companies now measure and verify outcomes, so they can monetize their practices,” she said.

“We need economic incentives, as well as environmental, to drive universal adoption and global scaling of resilient agriculture practices […] Regrow is already working with several ag corporates who [are using] the MRV platform to identify opportunities for adoption of new practices, accelerating their adoption and streamlining monetization.”

Regrow will provide estimates of sequestered soil carbon and other environmental co-benefits together with their quantification uncertainties to parties seeking to monetize them on carbon markets, she explained.

“Shortcuts, misconceptions, and over-hyping have the potential to stunt the tremendous potential of soil carbon, but the merger of FluroSat and Dagan will give the industry the confidence and integrity it needs with best-in-class soil health data that can prescribe site-specific strategies and provide accuracy and transparency,” he said in a statement.

Ukrainian Volkova founded FluroSat in 2016 while she was living in Australia, where the bulk of the company’s team is still located. In late 2018, it acquired ProductionWise, the digital agriculture platform of GrainGrowers – Australia’s leading grain farmer membership group. FluroSat itself has raised a reported $8.6 million in total funding, including the proceeds of a mid-2019 seed round led by Microsoft‘s venture arm M12.

“Over the next decade, we need to grow and produce enough food to nourish 10 billion people around the world in a way that protects our land and stems climate change,” Ranveer Chandra, chief scientist at Microsoft’s Azure Global cloud computing unit, said in a statement on today’s launch.