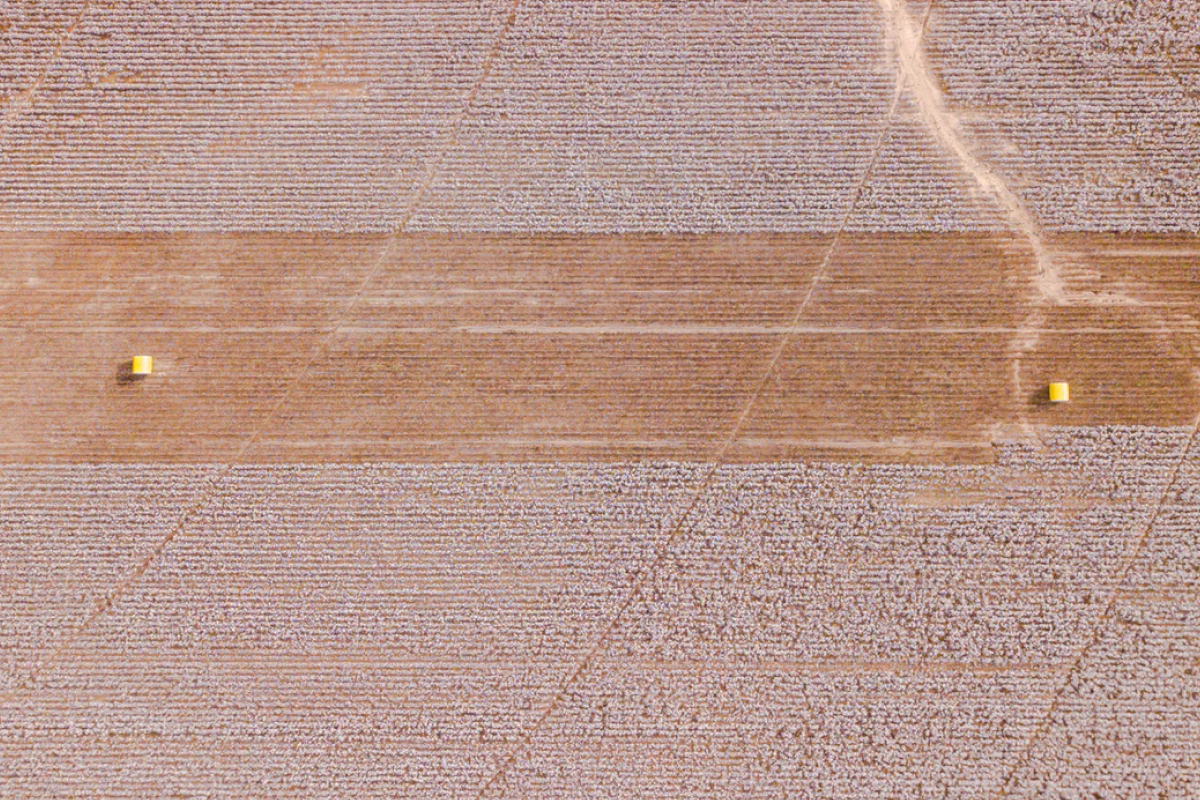 Applying Plant Growth Regulator (PGR) products such as Pix® that helps to prevent excessive vegetation is a common practice in irrigated cotton growing. The benefits of PGR include protecting against boll rot, making pesticide applications more effective and protecting yield but, if incorrectly applied, can have no benefit and can even reduce yield.

Murrumbidgee Irrigation Area grower and Agronomist Chris Andrighetto uses FluroSense to monitor the performance of his 188ha cotton field near Griffith in NSW and guide his Variable Rate (VR) Pix application. The crop is tracked using satellite multispectral imagery updated 5 - 8 times per month, with aerial imagery taken in mid-December, just prior to the time PGR needs to be applied during the flowering stage.

Chris was already aware of a couple of low performing areas that he suspects have a soil chemical imbalance. The analysis provided by FluroSense, in particular, the CCCI (Canopy Chlorophyll Content Index) layer helped Chris identify a third low performing area that he had not previously seen driving around the field.

Because CCCI measures the health of the plant through its chlorophyll content rather than just the biomass, it’s more useful than the more widely used NDVI (Normalised Difference Vegetation Index) to detect lower performing areas.

The aerial data helped Chris precisely define the extent of the low performing areas, with the additional level of detail also showing other anomalies like a small strip inadvertently double planted by backing up his tractor. Chris used the CCCI layer and advanced zoning algorithms in FluroSense to automatically generate 3 management zones based on their chlorophyll content.

“With the worst-performing zones averaging 3 nodes behind the rest of the crop, it was important not to do anything that would further delay growth there,” Chris explained. “If I applied the same rate of Pix across the field, those zones would not catch up with the rest of the field and subsequently decrease the overall yield potential of the crop.

Chris assigned a different rate of Pix to each zone, ranging from nothing applied to the zone with the lowest average CCCI values to 620ml/Ha to the zone with the highest. Chris exported the management zones from FluroSense into Proagrica Summit to easily modify each zone to make it more suitable for the large grids required for the aerial spraying required by the size of his field. However, Chris believes that “Auto-zoning will be good for ground-based spraying, where you can vary the rate more accurately over smaller areas”

Since the variable rate Pix was applied, those poor performing areas have almost caught up with the rest of the field, responding well to Chris’ irrigation timing, insecticide, herbicide and fertiliser management over the summer. The CCCI map (below) shows the improvement and near-uniform performance in the 8 weeks since the initial application.