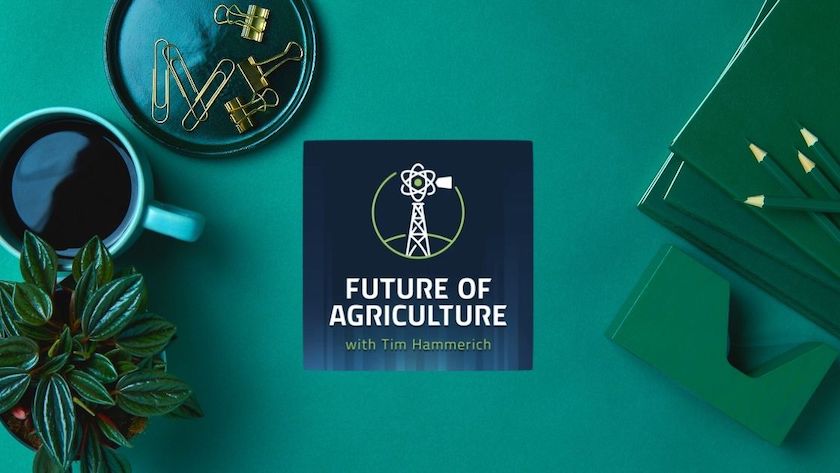 Future of Agriculture podcast and article by Tim Hammerich.

We can all agree that sustainability that comes at the expense of productivity and efficiency is not truly sustainable at all. We are going to need to meld together what’s best for the productivity and profitability of growers with the ecosystem services they can provide.

Just recently agtech company FluroSat announced that they acquired another agtech company, Dagan, and the combined company was re-branded to a new name: Regrow. You might remember FluroSat founder Anastasia Volkova from her first appearance on this podcast back in episode 175. She joins us again today, now as CEO of Regrow, along with Dagan co-founder and now Regrow Chief Strategy Officer Bill Salas. Both of them are accomplished scientists as well as entrepreneurs. We have a great conversation here about why this merger made sense, what differentiates their carbon model, called DNDC, from other ways to model carbon sequestration, and how their newly combined and rebranded company will help growers maximize productivity, profitability, and sustainability.

“DNDC’s approach is much more first principles on how management influences soil environment, which in turn influences which microbes are more active and drives the outcomes in terms of soil carbon turnover and greenhouse gas emissions.” -Bill Salas

“Dagan was interested in how to create the value proposition for soil health at scale.” They went about this by achieving satellite monitoring to monitor large acreages. The network that Dagan had developed between researchers, NGO’s such as the Nature Conservancy, consumer packaged food companies and carbon markets was extensive but lacked a direct connection to producers themselves. Bill shares that they had focused on creating data for multiple partners and by merging with FluroSat they were able to pair that mission with an easy-to-use platform.

“We saw that by adding sustainability monitoring to agronomy and marrying our crop model with the DNDC soil model, we would ... understand where it would be profitable to start adopting these practices and it could form the decision support tool that our customers are seeking as well as connect players across the supply chain.” -Anastasia Volkova

Anastasia highlights that one of her goals has always been to facilitate the decision making of producers to incorporate sustainability into their operations. Making the data acquisition process easy and accessible allows producers to capitalize on any sustainable efforts they are making. While carbon sequestration is a great benefit of sustainable practices, nitrogen management, greenhouse gas emissions and better biodiversity are also common sequelae and part of the Regrow mindset.

“We want to make sure that agriculture gets a chance to get it right, scientifically, transparently, and bring this sustainability excitement into an operationalizable business model that scales without taking too many shortcuts on the quality and transparency.” -Anastasia Volkova